Hunter had his best buds over on Friday; we are actually having a friend's daughter dogsit in a few weeks and wanted her to meet them. It is funny that although there were three dogs, only two played together at a time. 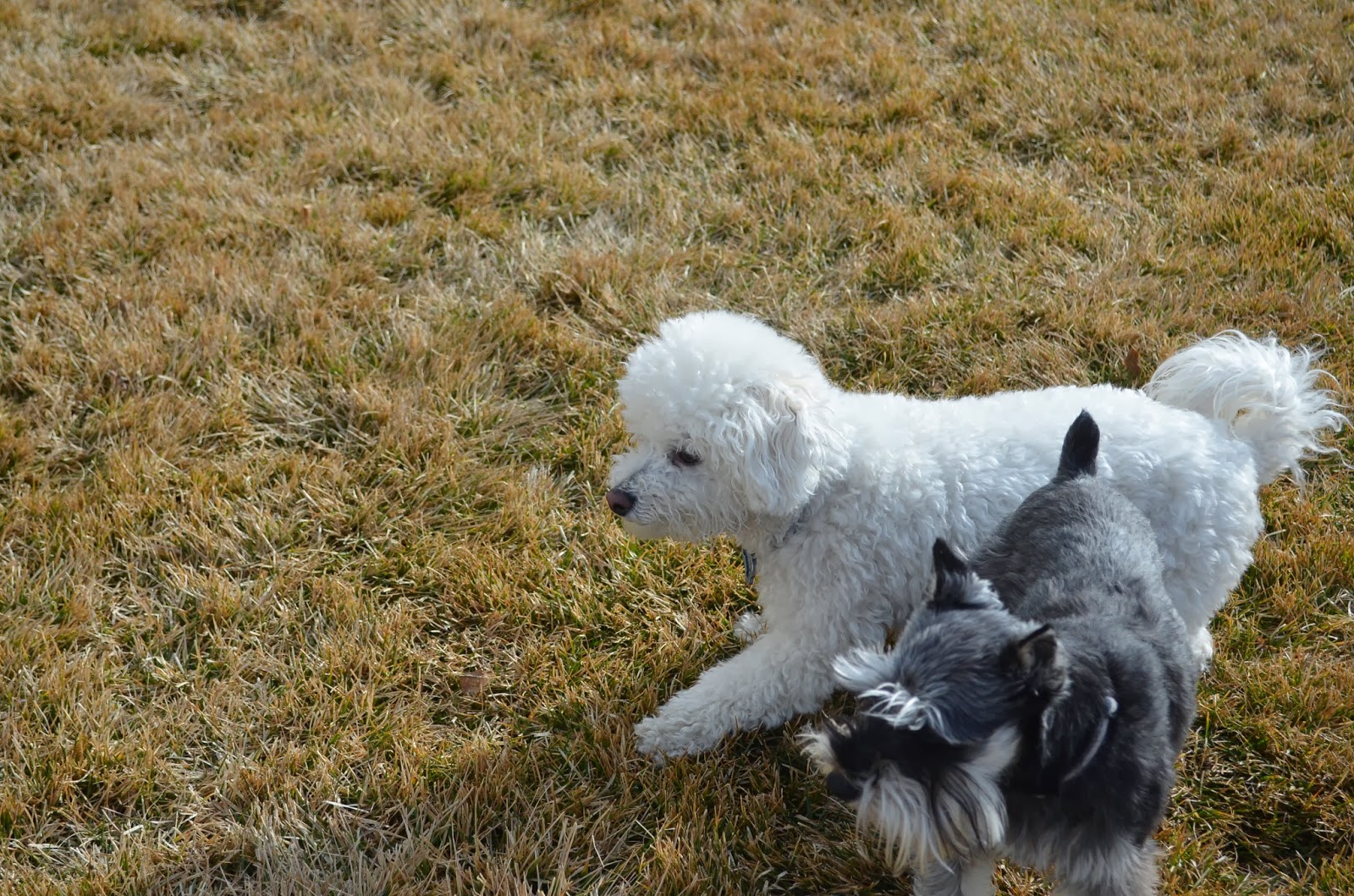 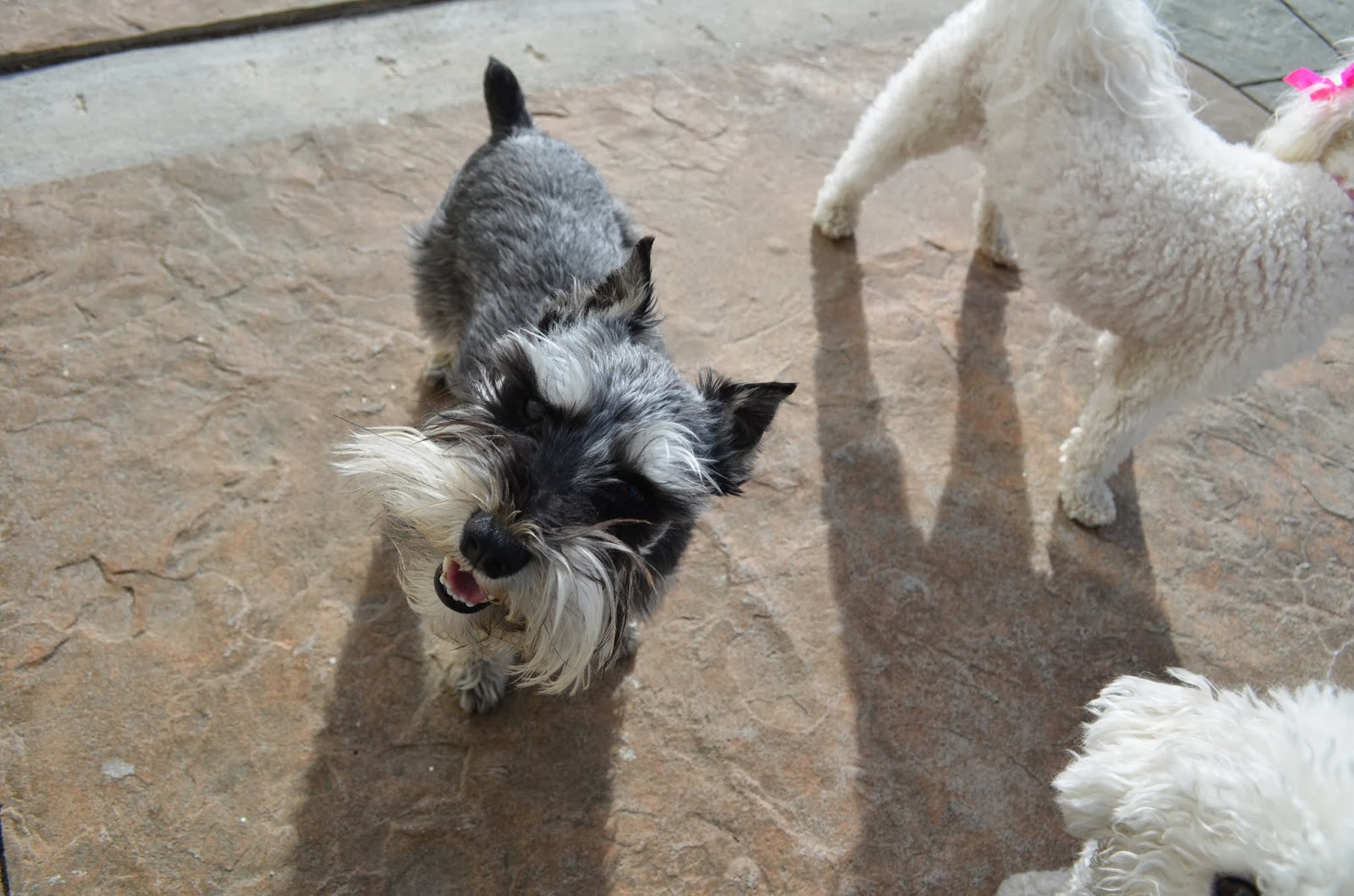 This was the only photo that I nearly got with all three dogs together.  As soon as I pointed the camera, Lily and Hunter moved. 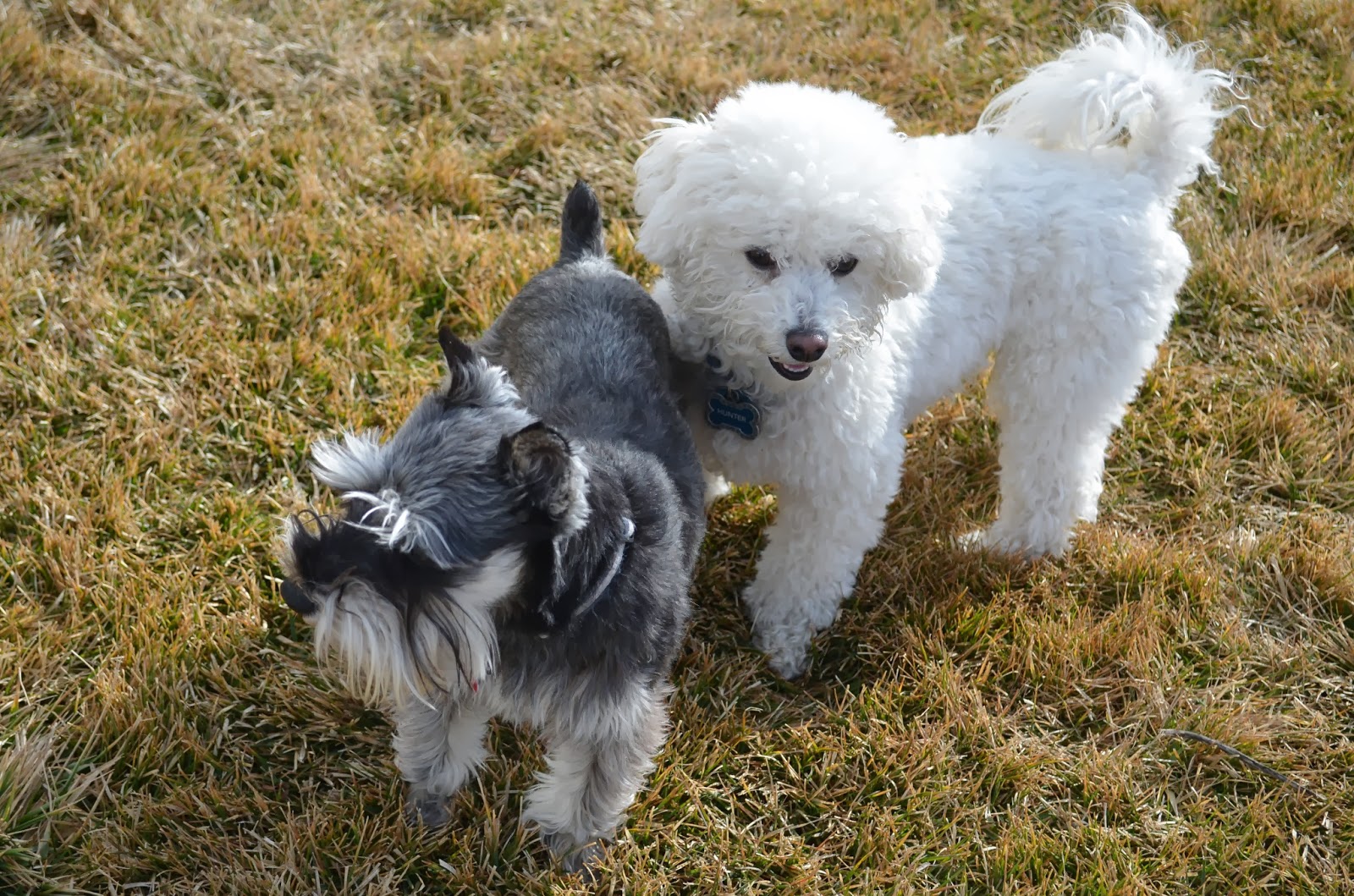 Hunter actually looks like his is smiling here; I think he is happy to have his buddies to play with. What is even more interesting to me is that when there are other dogs here, Hunter eats his kibble. Someone once said he must be a social eater; it's that or when he is home alone, he thinks he is a person and wants our food. Yes, he is spoiled! 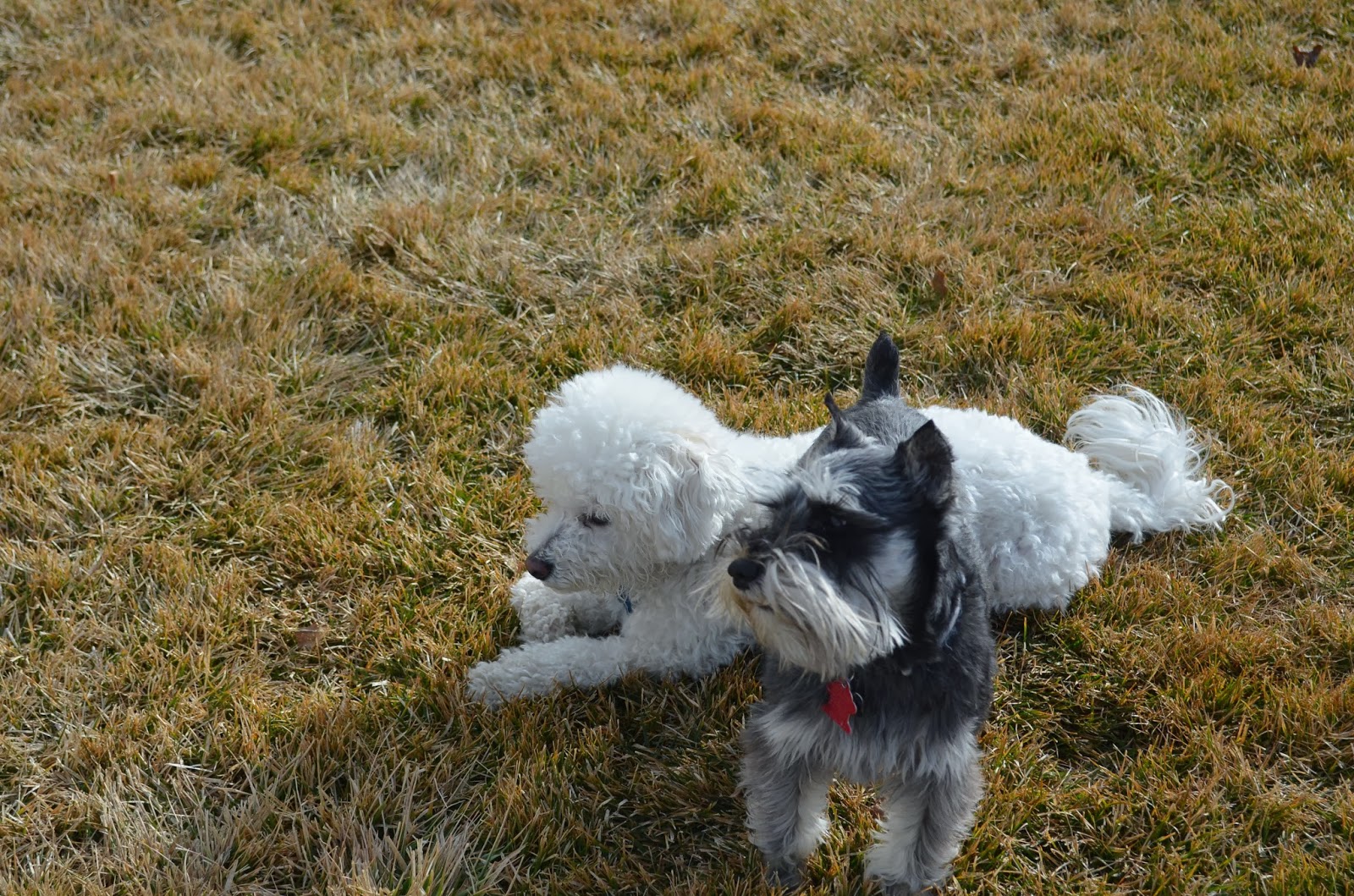 Most of the photos show Petrol and Hunter together or Lily and Petrol, but Hunter was almost always with Lily.  Poor Petrol would stand, watching them play and bark as if to say-come on, let me in. 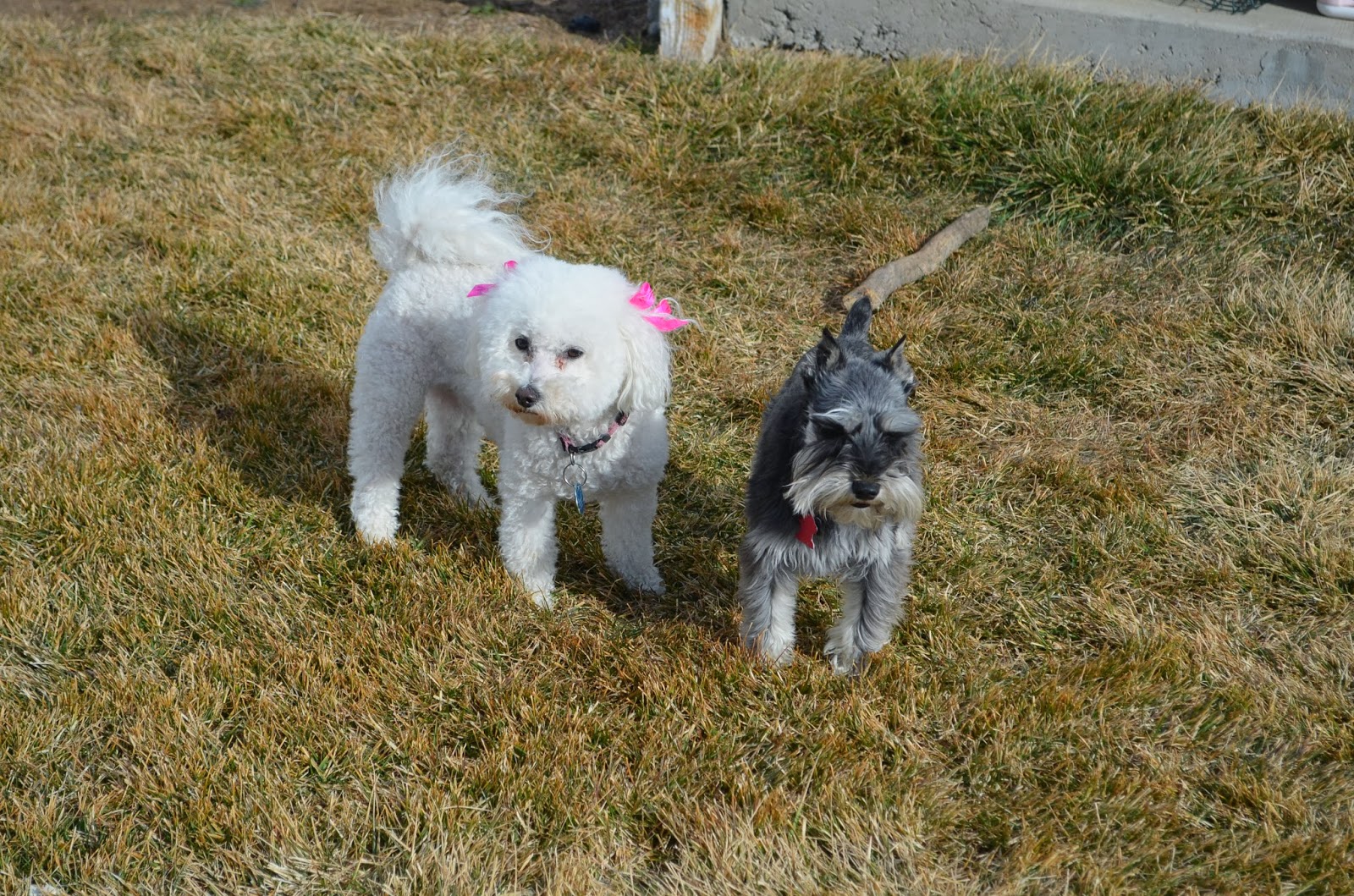 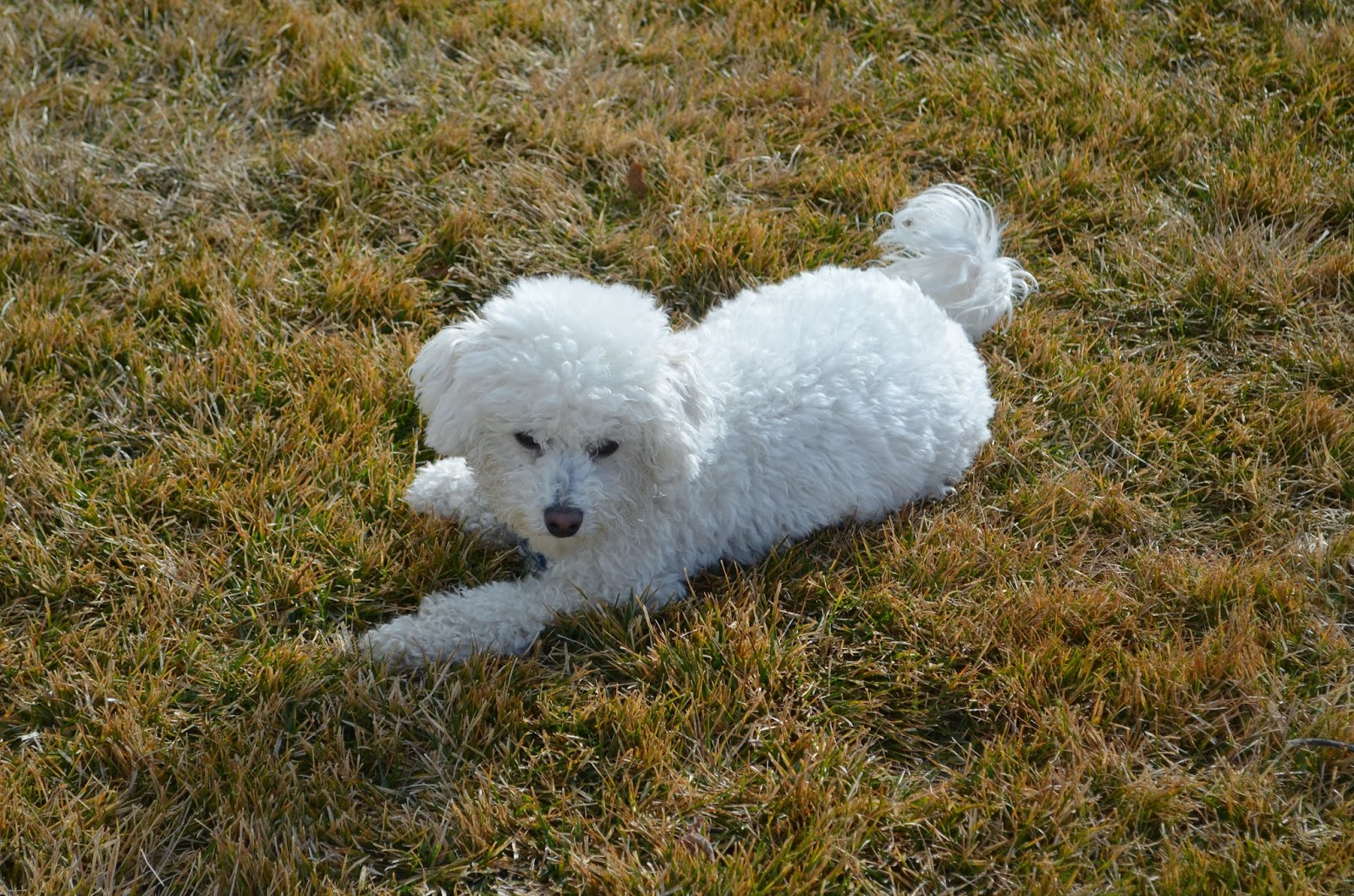 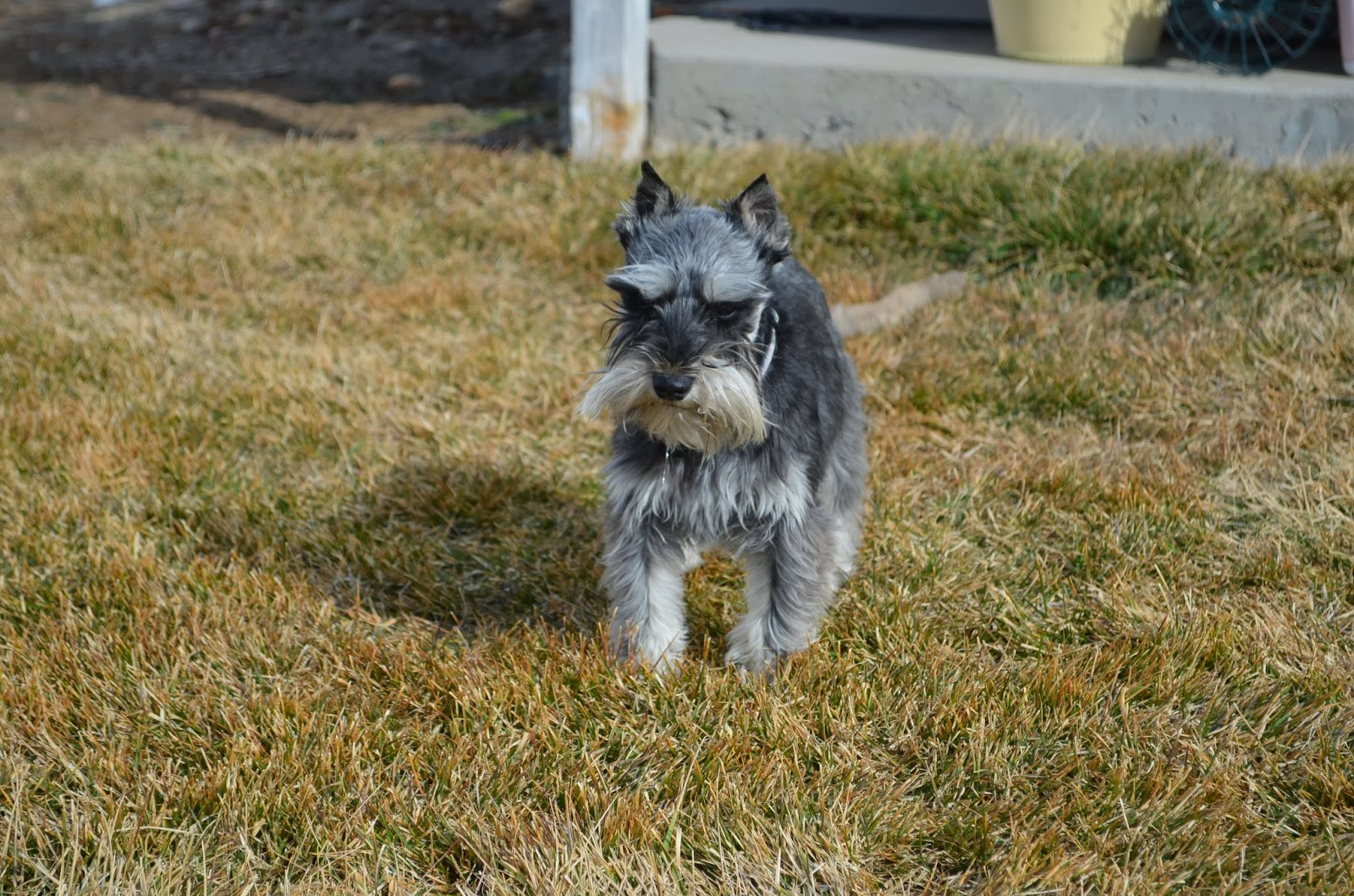 They all settled down after about three hours and from there it was smooth sailing.  Even bedtime was easy-Petrol is so obedient and well behaved that she slept at the bottom of the bed, while Hunter and Lily rotated spots between hubby and I. I'm so thankful that the pups all get along well!  I'm also thankful for our daughter's having small dogs, because otherwise we would definitely have another Bichon or maybe even a Miniature Schnauzer.
I hope you had a good weekend; I'm off to the dentist to get a crown this morning-such fun!!!
Hugs,
Noreen & Hunter
Posted by NanaNor's at 9:14 AM