From Our Home to Yours Happy Thanksgiving!

We are blessed to live in a Country where we have the freedom to worship, freedom of speech and the freedom to live life as we choose.  May your day be filled with contentment and gratitude for all the blessings we have.
Noreen
Posted by NanaNor's at 2:58 PM 4 comments:

Hello Friends! This weekend we had our dear friends stay with us; they moved here in September and this weekend they needed to be out of their home. We took them up to Estes for the day and loved showing them around. We walked around Sprague Lake and stopped for photos.  We have known them for 39 yrs and they are such a great couple; we are so thankful they are now living about 15 minutes from us. 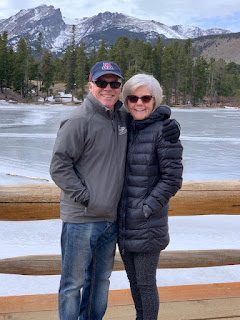 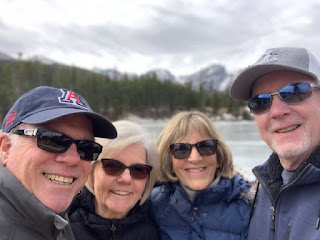 This is their new dog, a red fox Lab and 7 months old.  She spent a month with a trainer and is so well behaved for such  a young pup. 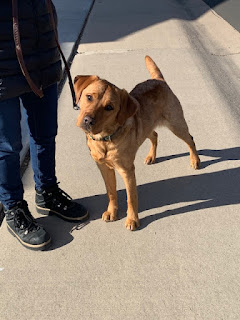 Here is their other dog, he is a Havenese.  Hunter and Milo get along so well and it was easy to have our friends and the dogs with us.  The guys played Cribbage and worked on some projects and we had some retail therapy. 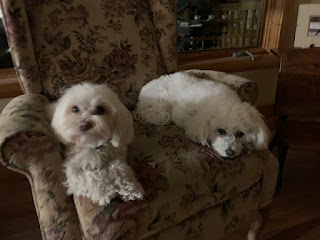 They left about an hour ago and it is so nice to know that they are so close in proximity.
I hope you had a great weekend and a very Happy Thanksgiving to you all.
Hugs,
Noreen
Posted by NanaNor's at 4:44 PM No comments:

Happy Wednesday to you! Today hubby and I took a "spur of the moment" drive up to one of my all time favorite spots-Estes Park. I wanted to get up there to help support some of the business that had to close for several days or a week due to the wildfires. It was a gorgeous day and so delightful!  Views from the Canyon on the drive. 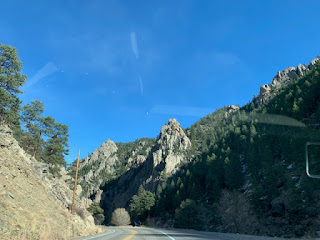 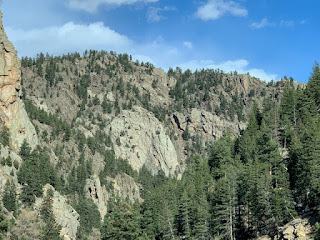 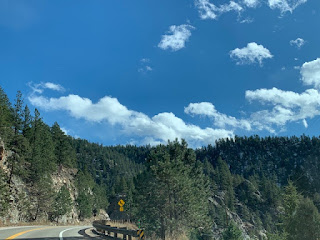 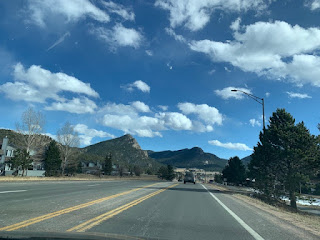 This store is one of my all time favorite stores; I was able to purchase some Christmas presents. 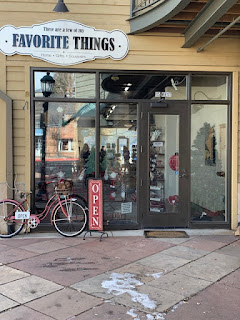 Another fun store; I didn't get anything there because hubby said we'd be back after we take a short trip in December. 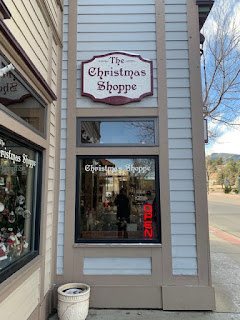 We had a great lunch as Poppy's Grill and even brought back half of each of our dishes for lunch tomorrow. 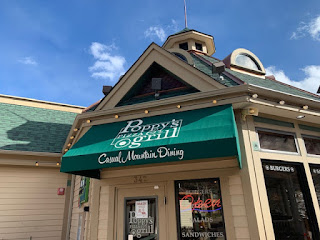 Today was a perfect day!  So thankful the mountains are so close to us.
Hugs,
Noreen
Posted by NanaNor's at 3:10 PM 3 comments:

Although I have been off of the internet more than usual, it is because I'm spending much time in prayer over our great nation and our destiny.  May His will be done on earth as it is in Heaven.

Hello and Happy November to you. It's hard to believe it's been two weeks since I sat down here; I've no excuse really, other than working on a charity quilt and also making this cute Patchabilities runner. 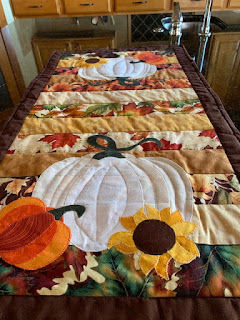 We had a fair amount of snow last week and it certainly helped with the fires. I'm sad to say one friend lost their family cabin in Grand Lake and are heartbroken. I have another friend whose condo was spared there and a third friend who had a trailer there that I haven't heard about yet. Our skies are finally blue and smoke free, though the news says the fires are still smoldering.   Some of our closest friends(of 39 years) moved out to Colorado to live with their daughter's family and because they are so close in proximity, we've been getting to see them weekly.  They also have a travel trailer and we are already looking at trips for next spring and summer.  Hunter is sitting next to their Havanese, Milo; Hunter enjoys him because he is smaller and they play well together. 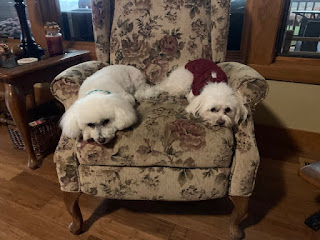 Last week my big brother turned 80; it is so hard to believe.  He is so active, rides his bikes miles every day and although retired, he was just sworn into the Planning Commission for his city.  The quality of this photo, taken two years ago isn't very good, but I wanted to pay tribute to what an incredible example he has been to the family. 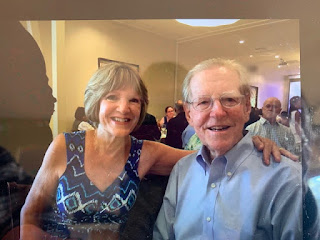 My brother and sister of my heart live in Northern California and we weren't able to celebrate with them.  However, we tried to make his day as festive as if we were there.  We knew they'd have some sort of celebration on the street and they did; it was called Champagne and Cupcakes, everyone wore a mask unless they were eating or drinking.  We sent out some banners, party hats, a t-shirt, a mug and had a birthday cake delivered on his big day.  Then our grandson put together a video for him of the entire family wishing him a Happy Birthday and telling him what they love about him; interspersed with the interviews were photos from his life and some of his favorite songs.  This is one of the photos included. At a scheduled time we all got together and face timed him to sing Happy Birthday.  He was so moved and it touched us all as well. 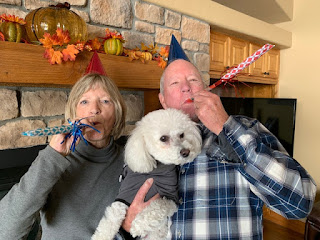 We are sure hoping that Covid leaves this next year so we will be able to have them out here or go visit.
The months are flying by quickly, even though many of us are spending more time at home.
I wish you health and happiness!
Hugs,
Noreen
Posted by NanaNor's at 4:03 PM 1 comment: